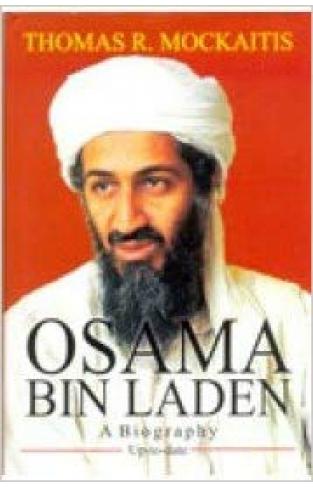 To some, he is evil incarnate, to some others, the most hated and most hateful man in the world. To his followers, he is a hero, one who sacrificed a life of luxury and used his wealth to fight against the Westernization of the Arab world. Osama bin Laden: A biography offers a concise, fact-based portrait of a man whose rise from obscurity to notoriety concides whith some of the most traumatic events of the 21st century. It follows Osama bin Laden's story his life in Saudi society in the 1960s and 1970s to his religious conversion, his emergence as a jihadi leader, his horrigying terrorist attacks, and his near-mythic status in parts of the Muslim world today. Founder of Al-Qaeda, Osama bin Laden was a major target of the War on Terror, which has resulted in civilian deaths in the range of 80,000 and 1.2 million in Iraq, Afghanistan and Somalia between 2011 and 2007. On May 2, 2011 Osama bin Laden was shot and killed inside a secured private residential compound in Abdottabad, Pakistan by U.S.