In Their Own Words: Understanding Lashkar-e-Tayyaba 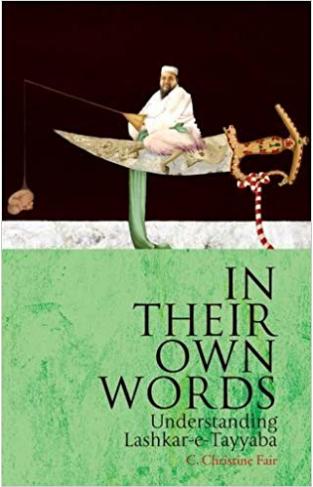 In Their Own Words: Understanding Lashkar-e-Tayyaba

This path-breaking volume reveals a little-known aspect of how Lashkar-e-Tayyaba, a jihadist terrorist group, functions in Pakistan and beyond by translating and commenting upon a range of publications produced and disseminated by Dar-ul-Andlus, the publishing wing of LeT. Only a fraction of LeT's cadres ever see battle: most of them are despatched on nation-wide 'proselytising' (dawa) missions to convert Pakistanis to their particular interpretation of Islam, in support of which LeT has developed a sophisticated propagandist literature. This canon of Islamist texts is the most popular and potent weapon in LeT's arsenal, and its scrutiny affords insights into how and who the group recruits; LeT's justification for jihad; its vision of itself in global and regional politics; the enemies LeT identifies and the allies it cultivates; and how and where it conducts its operations. Particular attention is paid to the role that LeT assigns to women by examining those writings which heap extravagant praise upon the mothers of aspirant jihadis, who bless their operations and martyrdom.It is only by understanding LeT's domestic functions as set out in these texts that one can begin to appreciate why Pakistan so fiercely supports it, despite mounting international pressure to disband the group.