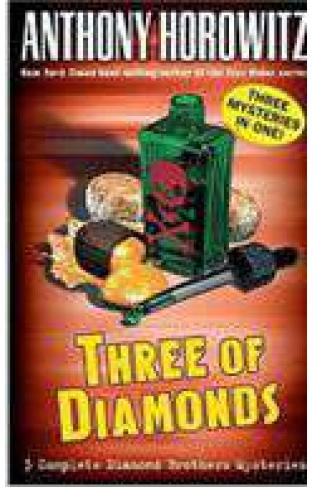 Publication Date:
May, 05 2005
Binding:
Paper Back
Availability :
In Stock

What would Tim Diamond, the world's worst private detective, dowithout his quick-thinking brother Nick? The bumbling detective and his kid brother are at it again in these three hilarious, fast-paced mysteries. Whether it's finding out who flattened a philanthropist with a steamroller in The Blurred Man, outsmarting Parisian drug smugglers on a vacation gone miserably wrong in The French Confection, or catching the murderer behind a deadly class reunion in I Know What You Did Last Wednesday, there's never a dull moment with this crimesolving duo around. Find out if Nick can get to the bottom of these mysteries before Tim messes everything up, or worse, gets them both killed.