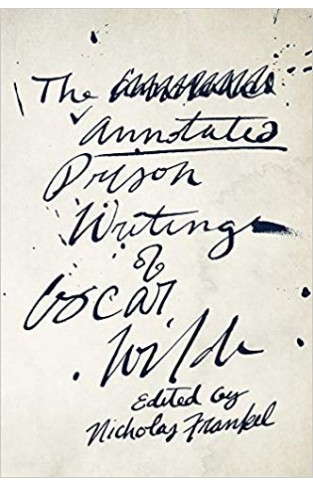 Publication Date:
May, 25 2018
Binding:
Paper Back
Availability :
Out of Stock

"And I? May I say nothing, my lord?" With these words, Oscar Wilde's courtroom trials came to a close. The lord in question, High Court justice Sir Alfred Wills, sent Wilde to the cells, sentenced to two years in prison with hard labor for the crime of "gross indecency" with other men. As cries of "shame" emanated from the gallery, the convicted aesthete was roundly silenced. But he did not remain so. Behind bars and in the period immediately after his release, Wilde wrote two of his most powerful works--the long autobiographical letter De Profundis and an expansive best-selling poem, The Ballad of Reading Gaol. In The Annotated Prison Writings of Oscar Wilde, Nicholas Frankel collects these and other prison writings, accompanied by historical illustrations and his rich facing-page annotations. As Frankel shows, Wilde experienced prison conditions designed to break even the toughest spirit, and yet his writings from this period display an imaginative and verbal brilliance left largely intact. Wilde also remained politically steadfast, determined that his writings should inspire improvements to Victorian England's grotesque regimes of punishment. But while his reformist impulse spoke to his moment, Wilde also wrote for eternity. At once a savage indictment of the society that jailed him and a moving testimony to private sufferings, Wilde's prison writings--illuminated by Frankel's extensive notes--reveal a very different man from the famous dandy and aesthete who shocked and amused the English-speaking world.