Queen of hearts: The life of Sridevi 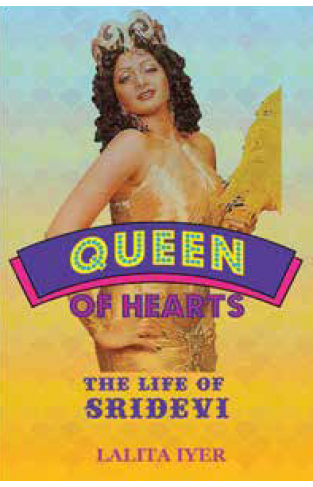 Queen of hearts: The life of Sridevi

She was a diva, a dancing queen and a comedienne par excellence. An actress who set the box office on fire in a male-dominated Bollywood. What made her tick? What did it take to work in films across five languages, and churn out hits like Himmatwala, Chaalbaaz, Moondram Pirai, Nagina, Kshana Kshanam, Mr India, Sadma, Chandni or Lamhe? All this did not come easily for her. An outsider in Bollywood, she was mocked for her poor accent and dubbed ‘Ms Thunder Thighs’. Sridevi had to reinvent herself many a time, whether it was by making the white salwar kameez sexy or by playing double roles with air. Then, after she’d left it all to be a doting wife and mother, she made a brilliant comeback with a memorable role in English Vinglish. This book traces her journey and her battles against odds, and is a tribute to her as an actor and as a woman and lasting peace, the beginning and end of all things.