Be Present in Every Moment’: Life Lessons from Moinuddin Chishti 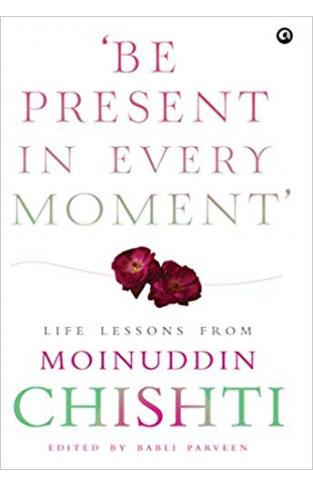 Be Present in Every Moment’: Life Lessons from Moinuddin Chishti

Moinuddin Hasan Chishti (1136–1235) was a beloved Sufi saint, philosopher and spiritual teacher who founded the famous order of Sufism in the subcontinent. Also known as the founder of the Sufi movement in India, Chishti introduced the syncretic element to Indian culture. He was the first Islamic mystic in India who encouraged the use of music as ‘sama’ along with prayers and meditation to establish communion with god. Due to his popularity with Hindus as well as Muslims and the belief that he can help solve all problems, his shrine in Ajmer, Rajasthan, is visited by thousands every day. In his discourses Chishti preached about loving all our fellow creatures, irrespective of religion and status. His key teachings include charity and compassion for the poor and helpless, leading a pure life of devotion to the divine and achieving oneness with god in the service of his creations. Edited by babble parveen, the teachings in ‘be present in every moment’ are simple, timeless lessons from Chishti that encourage one to live every moment of one’s life fully and selflessly.