Snowman: The True Story of a Champion 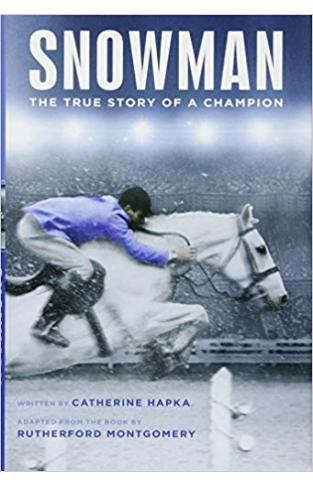 Snowman: The True Story of a Champion

A twist of fate brings a man and horse together in this remarkable true story now available in a new version adapted by the author of the Marguerite Henry's Ponies of Chincoteague series.

Snowman, an Amish plow horse, was bound for the meat market when Harry deLeyer, a Long Island riding instructor, spotted him at auction. After making eye contact with the gentle giant deLeyer decided to purchase him for $80.

At first, Snowman was just a horse that children rode during lessons, but when deLeyer sold him to a neighbor, the horse had other ideas. He would jump the high fences so he could return "home." Harry then began training Snowman as a show jumper. Less than two years out of the plow fields, Snowman won the 1958 horse show jumping Triple Crown--the American Horse Shows Association Horse of the Year, Professional Horseman's Association Champion, and Champion of Madison Square Garden's Diamond Jubilee.