Till Talaq Do Us Part:: Understanding Talaq, Triple Talaq and Khula 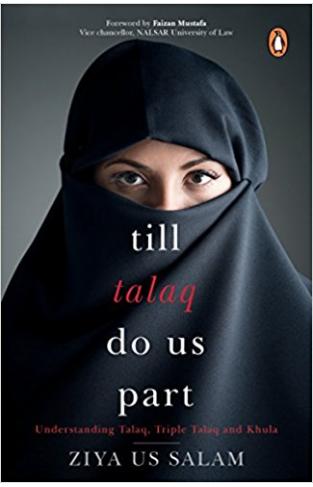 Till Talaq Do Us Part:: Understanding Talaq, Triple Talaq and Khula

By: Ziya Us Salam

Shayara Bano knocked on the doors of the Supreme Court to challenge her husband s sudden decision to end their marriage using the dreaded words: talaq, talaq, talaq. A 1980s Bollywood movie sparked off a national debate on the validity of instant divorce, which even saw Dawat a four-page daily published by the Jamaat-e-Islami Hind talk about triple talaq as per the Quran. For a long time now, the battle against instant talaq has garnered public attention. In Till Talaq Do Us Part, Ziya Us Salam, an eminent social commentator and an associate editor at Frontline, presents a holistic view of how the divorce procedure works in Islam. Ranging from talaq granted over three months to khula and talaq-e-tafweez, the book discusses other methods of divorce available to a Muslim couple which go ignored because of all the focus on talaq, talaq, talaq