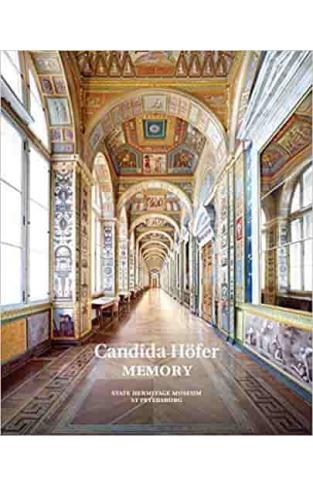 Publication Date:
Nov, 25 2015
Binding:
Hard Back
Availability :
Out of Stock

A new work taken in St Petersburg, Russia, and exhibited at State Hermitage in summer 2015, followed by an exhibition in London and Hong Kong; hitherto unseen Mesmerizing photographs of palaces, including Winter Palace, and other public spaces in the cityIn 2014, during St Petersburg's White Nights, the renowned German photographer Candida Hofer was invited by the State Hermitage Museum to visit the city. She spent ten days photographing several of the city's landmarks: the Yusupov Palace, the National Library, the Mariinsky Theatre, Pavlovsk Palace, the Catherine Palace, and the Hermitage itself. The 25 mesmerizing works that make up this book are the latest in a series of iconic interiors that Hofer has photographed throughout the world over several decades, including the Louvre and Uffizi Gallery, the Royal Portuguese Library in Rio de Janeiro, La Scala in Milan, and the Teatro Olimpico in Vicenza. They are characterised by the photographer's interest in communicating cultural memory, and are all linked by the total absence of people. Entitled Memory, the book develops the theme of a tripartite relationship between the person, the space and the past.Candida Hofer was born in 1944 in the German town of Eberswalde. She originally studied film and photography at Kunstakademie Dusseldorf where she was one of the first students to use color in her photographs. Under the tutelage of Bernd Becher, Hofer developed the technical perfection for which she has become known. Her work has been exhibited worldwide, especially in Europe and the United States, where her first exhibition tour was titled Architecture of Absense - a fitting description of her compelling photographs of interiors in which people are entirely absent."