The Ballad of Ayesha 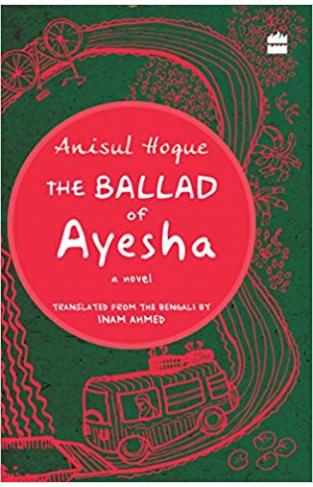 The Ballad of Ayesha

Publication Date:
May, 15 2018
Binding:
Paper Back
Availability :
In Stock

Dhaka. 2 October 1977. A military coup is thwarted, but the exact sequence of events is shrouded in mystery. Soon after, Ayesha Begum, recovering from the birth of her second child, receives a letter from the air force stating that her husband Joynal Abedin has been sentenced to death, convicted of insurgency. But has the verdict been carried out? If it was, when and where was he executed? If he was indeed hanged, what has happened to his body? Trying to find answers to these questions, Ayesha embarks on a long and arduous quest to search for her husband, reminiscent of Behula's epic journey in her effort to resurrect her dead husband Lakhinder in the Bengali folktale Manashamangal. Set against the backdrop of a raging famine, political assassinations and coups that took Bangladesh by storm right after its independence in 1971, Anisul Hoque's The Ballad of Ayesha is as much a story of the newly created nation as it is the story of its people.