To Live Or To Perish Forever 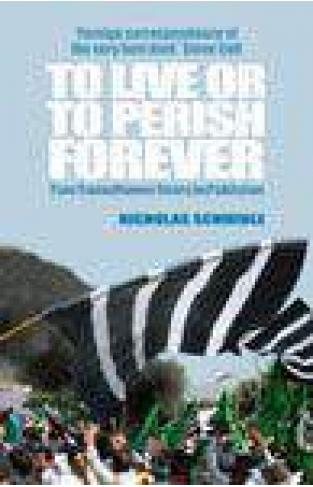 To Live Or To Perish Forever

Journalist Nicholas Schmidle worked in Pakistan from 2006-2008. Those two years have been arguably the most turbulent period of Pakistan’s recent history, a time when President Pervez Musharraf lost his power and the Taliban found theirs. During his time there, Schmidle met and befriended some of Pakistan’s most wanted men, including Abdul Rashid Ghazi, the pro-Taliban leader who ran the Red Mosque and was killed in the famous siege in 2007, and Jamil Bugti, son of the legendary slain Baluchi separatist leader Akbar Khan Bugti. In To Live or to Perish Forever, he provides a rare glimpse of these men, taking us on a journey through Pakistan from the rioting streets of its cites, to Baluchistan, where a fiery separatist war is being played out, to the Taliban camps in the North-West Frontier Province. Gripping, sympathetic, and eye opening, To Live or to Perish Forever is a valuable first hand account of Pakistan today. It is essential reading for anyone interested in the region.