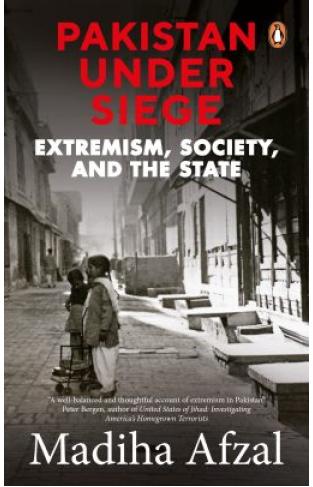 Much of the current work on extremism in Pakistan tends to study extremist trends in the country from a detached position?a top-down security perspective, that renders a one-dimensional picture of what is at its heart a complex, richly textured country of 200 million people. In this book, using rigorous analysis of survey data, in-depth interviews in schools and universities in Pakistan, historical narrative reporting, and her own intuitive understanding of the country, Madiha Afzal gives the full picture of Pakistan's relationship with extremism.

The author lays out Pakistanis' own views on terrorist groups, on jihad, on religious minorities and non-Muslims, on America, and on their place in the world. The views are not radical at first glance, but are riddled with conspiracy theories. Afzal explains how the two pillars that define the Pakistani state?Islam and a paranoia about India?have led to a regressive form of Islamization in Pakistan's narratives, laws, and curricula. These, in turn, have shaped its citizens' attitudes.

Afzal traces this outlook to Pakistan's unique and tortured birth. She examines the rhetoric and the strategic actions of three actors in Pakistani politics?the military, the civilian governments, and the Islamist parties?and their relationships with militant groups. She shows how regressive Pakistani laws instituted in the 1980s worsened citizen attitudes and led to vigilante and mob violence. The author also explains that the educational regime has become a vital element in shaping citizens' thinking. How many years one attends school, whether the school is public, private, or a madrassa, and what curricula is followed all affect Pakistanis' attitudes about terrorism and the rest of the world.

In the end, Afzal suggests how this beleaguered nation?one with seemingly insurmountable problems in governance and education?can change course.