Shah Abbas: The King who Refashioned Iran (Makers of the Muslim World) 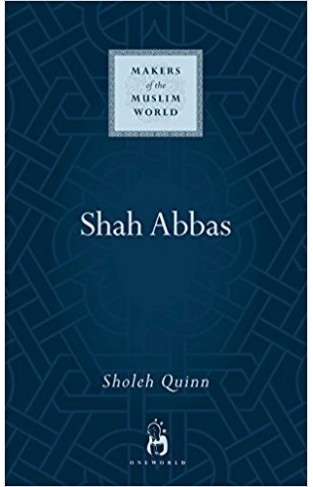 Shah Abbas: The King who Refashioned Iran (Makers of the Muslim World)

Shah Abbas (1597–1629) is the most well-known king of Iran’s Safavid dynasty (1501–1722), who ruled over Iran when the dynasty was at the height of its power and prestige. When Shah Abbas came to power his country was in chaos. Yet, within 11 years he had regained territory lost to his enemies, moved his capital city, and begun a transformation of Iranian society. In this wide-ranging profile, Sholeh Quinn explores his rise to power and subsequent interactions with religious movements and artistic developments, reaching beyond historical narrative to assess the true impact of the man and his politics. This thought-provoking and comprehensive account is ideal for readers interested in uncovering the life and thoughts of a man who ruled during a period described by many as a golden age for the arts in Iran.