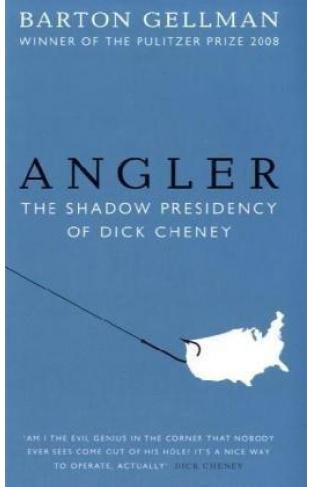 For eight years the world has felt the consequences of an American leader who has managed to alienate natural allies, show his contempt for international law, fritter away the sympathy felt around the world in the wake of the terrible events of 9/11 and disregard threats to the global environment. This man was not George W. Bush, but Dick Cheney - the most powerful and unaccountable figure ever to become America's Vice President, and arguably the most damaging.

Angler (the Secret Service code name for Cheney) is the first serious history of this calamitous period to reveal Dick Cheney's true role at the heart of the story. A retread from the early '70s Nixon White House, Cheney was originally in charge of the selection process for Bush's vice-presidential candidate, and this would prove to be only the first of many circuits he would rewire so that power flowed his way.

Given George Bush's inattention to detail, Cheney did not need to be President to control much of the White House agenda. Bush's many enemies have always been puzzled by the way that such a seemingly uncomplicated man could fix the system so brilliantly and so ruthlessly. Angler puts an end to this conundrum: we have all been looking in the wrong place.

Angler is engrossing and shocking, yet it does not read like a polemic; written by one of America's most respected journalists, it is scrupulously fair-minded, which makes its ultimate verdict all the more damning. As the long Bush era comes to an end, we need a proper understanding of what really happened and how, in the wrong hands, both the US constitution and international law could be distorted to serve a radically conservative agenda.Angler is the book that provides that understanding.