Koran, Kalashnikov and Laptop: The Neo-Taliban Insurgency in Afghanistan 2002-2007 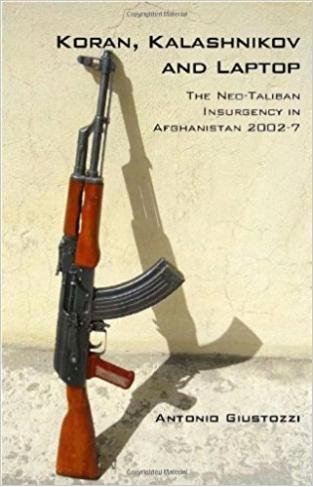 Koran, Kalashnikov and Laptop: The Neo-Taliban Insurgency in Afghanistan 2002-2007

Announcements of an impending victory over the Taliban have been repeated ad nauseam since the Allied invasion of Afghanistan in 2002, particularly after the Presidential elections of 2004, which were said to have marked the 'moral and psychological defeat of the Taliban'. In moments of triumphalism, some commentators claimed that 'reconstruction and development' had won over the population, despite much criticism of the meagre distribution of aid, the lack of 'nation-building' and corruption among Kabul's elite. In March 2006, both Afghan and American officials were still claiming, just before a series of particularly ferocious clashes, that 'the Taliban are no longer able to fight large battles'. Later that year, the mood in the mass media had turned to one of defeatism, even of impending catastrophe. In reality, as early as 2003-5 there was a growing body of evidence that cast doubt on the official interpretation of the conflict. Rather than there having been a '2006 surprise', Giustozzi argues that the Neo-Taliban insurgency had put down strong roots in Afghanistan as early as 2003, a phenomenon he investigates in this timely and thought-provoking book.