The Muslim Brotherhood: The Burden of Tradition 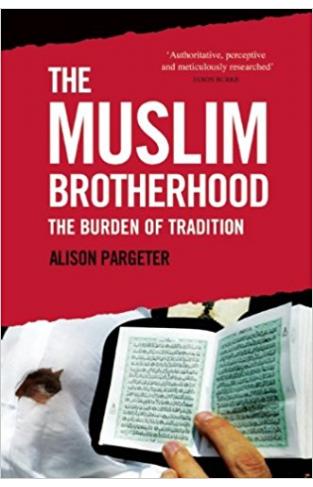 The Muslim Brotherhood: The Burden of Tradition

The Muslim Brotherhood is one of the longest surviving and perhaps the most controversial of all Islamist movements to have emerged out of the Middle East. Cloaked in secrecy since its inception in 1928, the Brotherhood presents a conundrum to many in the Middle East and the West who remain highly suspicious of the movement and its goals. In "The Muslim Brotherhood", Alison Pargeter sheds light on the evolution of the movement and assesses the aims and strategies it has employed both in the Middle East and in Europe in order to achieve its objectives. Pargeter looks in detail at a selection of individual branches of the Brotherhood, but also offers a perspective on the Ikhwan as a transnational movement, focusing on the often fraught relationship between the various branches and the centre in Cairo. The Ikhwan's relationship to violence and to the state, their attitudes towards democracy and to the West, and the evolution of a more reformist discourse among some parts of the movement are also explored. Drawing on a wide range of sources and the author's interviews with the Ikhwan, this unique study offers a new perspective on the Muslim Brotherhood and its objectives. It is also the first study to deal comprehensively with the Brotherhood in Europe and to analyse the evolving policy debates in the West about the rights and wrongs of engaging with the Ikhwan in the post 9/11 world.