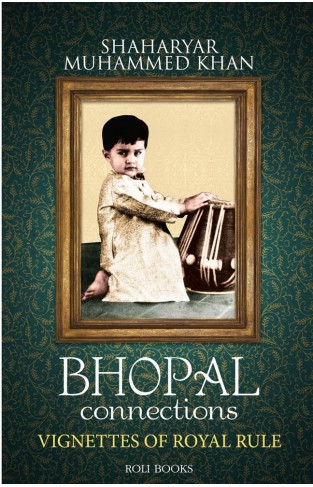 Founded by Dost Mohammed Khan, an Afghan-Pashtun soldier in the Mughal Army, Bhopal became a princely state in 1818 as a result of the Anglo-Bhopal treaty between East India Company and the Nawab of Bhopal.Between 1819 and 1926, Bhopal had the distinction of being ruled by four begums. Bhopal Connections: Vignettes of Royal Rule takes us on a journey of dramatic events, the larger-than-life characters, scandals and social norms that are part of this princely state’s history and culture, fashioned particularly by the reign of these four successive women rulers. Some of these events were game changers, while others saw social change through family alliances.From a peek into Bhopal’s political, cultural and familial history to contemporary anecdotes, Shaharyar Muhammed Khan, grandson of the last ruling Nawab of Bhopal, recreates life and times of the rulers of Bhopal.