Fall Out: A Year of Political Mayhem 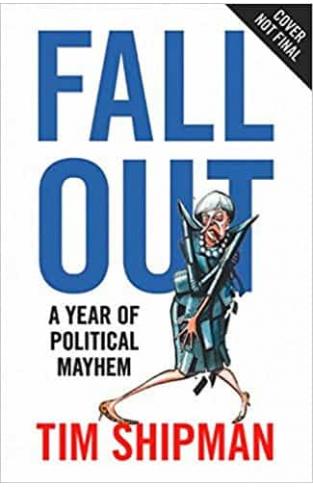 Fall Out: A Year of Political Mayhem

This is the unmissable inside story of the most dramatic general election campaign in modern history and Theresa May’s battle for a Brexit deal – the greatest challenge for a prime minister since the Second World War.

Fall Out tells of how a leader famed for her caution battled her bitterly divided cabinet at home while facing duplicitous Brussels bureaucrats abroad. Of how she then took the biggest gamble of her career to strengthen her position – and promptly blew it. It is also a tale of treachery where – in the hour of her greatest weakness – one by one, May’s colleagues began to plot against her.

Inside this book you will find all the strategy, comedy, tragedy and farce of modern politics – where principle, passion and vaulting ambition collide in the corridors of power. It chronicles a civil war at the heart of the Conservative Party and a Labour Party back from the dead, led by Jeremy Corbyn, who defied the experts and the critics on his own side to mount an unlikely tilt at the top job.

With access to all the key players, Tim Shipman has written a political history that reads like a thriller, exploring how and why the EU referendum result pitched Britain into a year of political mayhem.