Zakir Hussain: A Life in Music 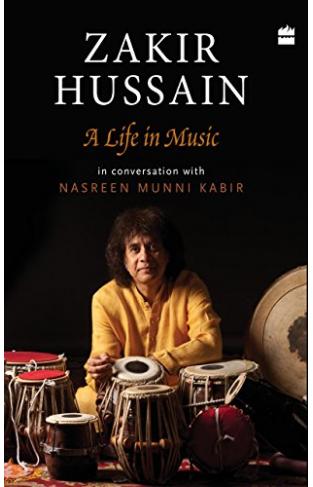 Zakir Hussain: A Life in Music

Tabla virtuoso, composer and percussionist Zakir Hussain is an international music phenomenon. The eldest son of the legendary Ustad Allarakha, Zakir gave his first public concert at the age of seven and was immediately hailed a child prodigy. In later years, his masterful dexterity and creative genius led to his becoming one of the most sought-after accompanists to the very best of Hindustani classical musicians and dancers. Zakir Hussain is equally recognized as one of the foremost contemporary jazz and world music percussionists; he has performed at innumerable concerts both as a solo artist and with renowned jazz musicians on the grand stages of the world, from the Royal Albert Hall to Madison Square Garden. With John McLaughlin, L. Shankar and T.H. Vinayakram, Zakir Hussain created music history with the band Shakti. He has acted in James Ivory s Heat and Dust and Sai Paranjpye s Saaz, and scored music for directors such as Bernardo Bertolucci (Little Buddha), Aparna Sen (Mr. & Mrs. Iyer) and Ismail Merchant (In Custody, The Mystic Masseur); he has also played the tabla for countless 1960s Hindi film soundtracks.In an in-depth conversation with Zakir Hussain, Nasreen Munni Kabir takes the readers through the story of his life: how he was deemed an unlucky child; the early years of growing up in Mahim; his training from age four with his extraordinary father; and his experiences and memories working with a host of legendary musicians, including Pandit Ravi Shankar, Ustad Ali Akbar Khan and Ustad Vilayat Khan. A born storyteller, Zakir speaks with humour and humility of his understanding of music, his relationship with his students, his dedication and love for the tabla, and the way he negotiates life as an acclaimed celebrity living in both America and India.Zakir Hussain: A Life in Music is a brilliant introduction to the life and times of a huge music star, a revered role model and a visionary world musician.