TRYST WITH PERFIDY The Deep State of Pakistan 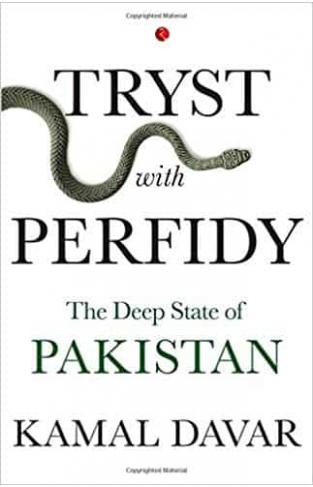 TRYST WITH PERFIDY The Deep State of Pakistan

Ever since its independence in 1947, Pakistan has been running away from its roots—directionless—and has consistently traversed a myopic, self-destructive path. It has been overly obsessed with its more powerful neighbour India, which singularly looms large, albeit illogically, in all its politico-strategic formulations. Constantly whipping up tensions with India has been an existential self-defeating mission for Pakistan and its Deep State. That Pakistan, over the years, has earned the dubious distinction of being the epicentre of global terror, is an outcome directly attributable to its Deep State. Tryst with Perfidy analyses the motivations and machinations of Pakistan’s Deep State and unravels the reasons that propel it to adopt policies and stratagems which, by conventional wisdom, are hard to fathom. It gives a fascinating insight into the policies pursued by the Deep State and its implications for regional and global security. In this authoritative volume, Gen Davar strikes the perfect balance between surgically precise argument and a sharp writing style. It is essential reading for anyone interested in Pakistan or South Asian politics as a whole.