Ancient Worlds An Epic History of East and West - (PB) 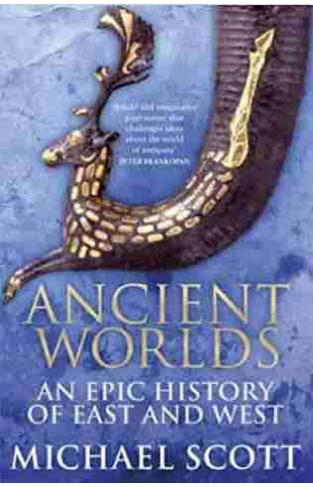 Ancient Worlds An Epic History of East and West - (PB)

Acclaimed historian and TV presenter Michael Scott guides us through an epic story spanning ten centuries to create a bold new reading of the classical era for our globalised world.Scott challenges our traditionally western-focused perception of the past, connecting Greco-Roman civilisation to the great rulers and empires that swept across Central Asia to India and China – resulting in a truly global vision of ancient history.With stunning range and richness Ancient Worlds illustrates how the great powers and characters of antiquity shared ambitions and crises, ways of thinking and forms of governing: connections that only grew stronger over the centuries as political systems evolved, mighty armies clashed, universal religions were born and our modern world was foreshadowed.Scott focuses on three epochal ‘moments’ across the ancient globe, and their profound wider significance: from 509-8 BCE (birth of Athenian democracy and Rome’s republic, also the age of Confucius’s teachings in China); to 218 BCE (when Hannibal of Carthage challenged Rome and China saw its first emperor); to 312 CE, when Constantine sought to impose Christianity on the Roman world even as Buddhism was pervading China via the vast trading routes we now know as the ‘Silk Roads.’A major work of global history, Michael Scott’s enthralling journey challenges the way we think about our past, re-draws the map of the classical age to reveal its hidden connections, and shows us how ancient history has lessons for our own times.