The Greatest Urdu Stories Ever Told 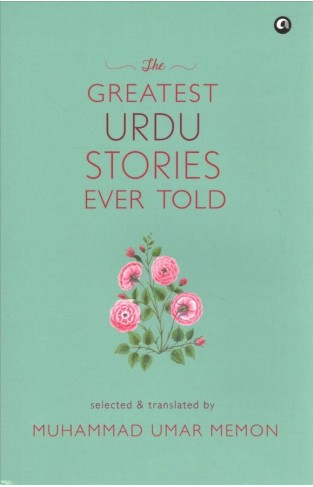 The Greatest Urdu Stories Ever Told

In his Introduction, Memon traces the evolution of the Urdu short story from its origins in the work of writers like Munshi Premchand-‘the first professional short story writer in Urdu’-through the emergence of the Progressives in the late 1930s, whose writings were unabashedly political and underpinned their Marxist ideologies, to the post-Independence ‘Modernist’ era, and today’s generation of avant-garde, experimental writers of Urdu fiction.

Every story in the anthology illustrates one or the other facet of the form in the Urdu literary tradition. But even more than for their formal technique and inventiveness, these stories have been included because of their power and impact on the reader. Death and poverty face off in Premchand’s masterpiece ‘The Shroud’. In Khalida Asghar’s ‘The Wagon’, a mysterious redness begins to cloak the sunset in a village by the Ravi. Behind closed doors and cracks in the windows lies desire but also ‘a sense of queer foreboding’ in Naiyer Masud’s ‘Obscure Domains of Fear and Desire’. The tragedy and horror of Partition are brought to life by Saadat Hasan Manto’s lunatic (in ‘Toba Tek Singh’) and the eponymous heroine of Rajinder Singh Bedi’s ‘Laajwanti’. Despairing, violent, passionate, humorous, ironic and profound-the fiction in The Greatest Urdu Stories Ever Told will imprint itself indelibly on your mind.