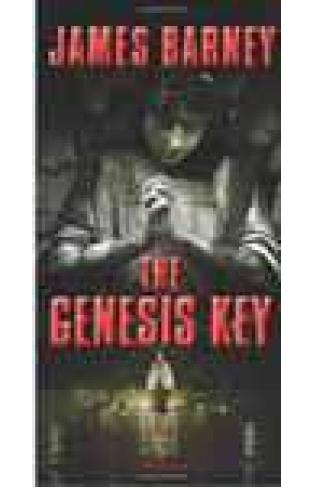 More than three decades ago, Dr. Kathleen Sainsbury's archaeologist parents were murdered at an ancient excavation site in Iraq. Now the gifted biologist stands on the brink of a miraculous breakthrough: the discovery of a gene that could extend a human life by hundreds of years. But at the moment of her greatest triumph, a mysterious phone call reveals a hidden truth that draws chaos and violence once again into Kathleen's world . . . and threatens to irreversibly alter the destiny of humankind. For somewhere in the shadows, powerful unseen forces are watching . . . and waiting. Suddenly Kathleen is a target of covert government operatives as she races to uncover the mystery behind her parents' secret research and brutal deaths— a mystery locked in the human genome, in the sands of antiquity, and in the Book of Genesis. More than survival is at stake for Dr. Kathleen Sainsbury. The future of all humanity hangs in the balance . . . and the prize is the secret of life itself.