The Great Game in Afghanistan: Rajiv Gandhi, General Zia and the Unending War 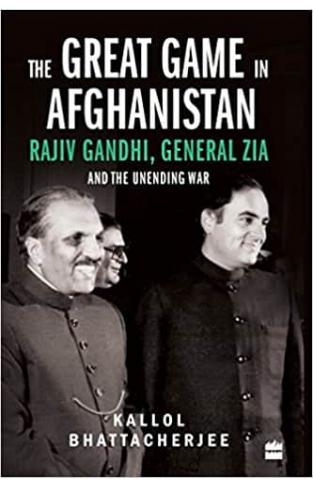 The Great Game in Afghanistan: Rajiv Gandhi, General Zia and the Unending War

Publication Date:
May, 01 2017
Binding:
Hard Back
Availability :
Out of Stock

Afghanistan is one of the pulse points of the violent and insidiously interconnected conflicts that grip South Asia today. At the height of the Soviet occupation of Afghanistan, a complex multinational diplomacy had proposed setting up a coalition government in Kabul as a solution to the ‘Afghan problem’. Even as all sides worked on the coalition, the US took steps that India considered a ‘stab in the back’. Rajiv Gandhi, who played an integral part in this diplomacy, reacted by joining hands with President Najibullah of Afghanistan, which eventually wrecked the chances of the coalition. Interestingly, US ambassador John Gunther Dean blamed his country for letting down Rajiv Gandhi.General Zia-ul-Haq of Pakistan queered the pitch by going against the Geneva Accord of 14 April 1988, which required him to end supply of weapons to the mujahedeen in exchange for Soviet withdrawal. Shortly after, General Zia died in a mysterious air crash, complicating the Afghan muddle. Relying on the official papers that Dean collected between 1985 and 1988 and conversations with Ronen Sen, Rajiv Gandhi’s diplomatic aide during those crucial years, Kallol Bhattacherjee investigates the crucial years that could have changed the course of the region’s blood-soaked history.