Across The LOC Inside Pakistan Administered Jammu And Kashmir 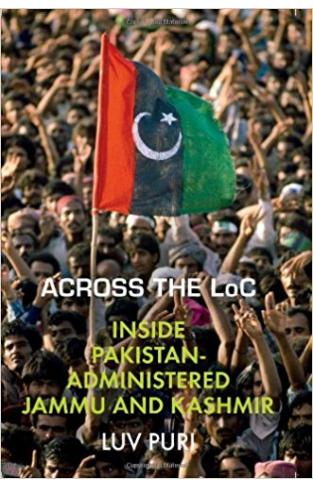 Across The LOC Inside Pakistan Administered Jammu And Kashmir

The Kashmir issue has been a subject of international attention ever since the subcontinent was partitioned in1947. The clash between India and Pakistan over the coveted territory led to the emergence of Indian-administered and Pakistan-administered areas. While the social and political conditions in the former have been widely discussed, even among Kashmir experts there is little knowledge of Pakistanadministered Jammu & Kashmir (PAJK), particularly its political, cultural and social aspects. Luv Puri analyses the crucial pre-Independence social and political processes which resulted in polarization within the state and the violence that wracked the region during Partition. He tracks the effect of those events on Pakistan’s Punjab province and the ensuing impact on Pakistan’s position on the Jammu & Kashmir issue. The relationship between Pakistan and PAJK is an important aspect of Puri’s research. He traces the history of migration from Mirpur to Britain and the Mirpuri diaspora’s significant support to the early phase of militancy that arose in Jammu & Kashmir in 1989. This insurgency, which had its base in PAJK, promised independence from both India and Pakistan. The book also discusses the many transformations in the proindependence struggle from its inception to the present day. Across the LoC: Inside Pakistan-administered Jammu and Kashmir is a new and original contribution to the body of literature on the region and the role PAJK has played in the larger Jammu & Kashmir tangle.