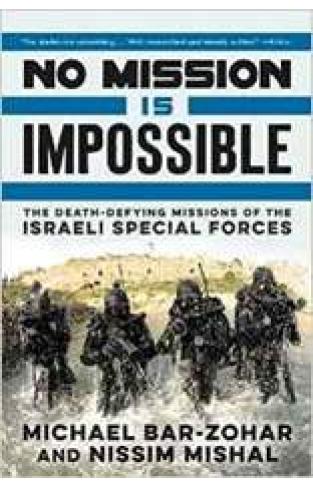 A riveting follow-up to Michael Bar-Zohar and Nissim Mishal's account of the most memorable missions of the Mossad, No Mission Is Impossible sheds light on some of the most harrowing, nail-biting operations of the Israeli Special Forces

In No Mission Is Impossible, Michael Bar-Zohar and Nissim Mishal depict in electrifying detail major battles, raids in enemy territory, and the death- defying commando missions of the Israeli Special Forces. The stories are often of victories, but sometimes also of immense failures, and they run side by side with the accounts of the lives and accomplishments of some of Israel's most prominent figures.

Captivating and eye-opening, No Mission Is Impossible is essential reading for anyone interested in understanding how these crucial missions shaped Israel, and the world at large