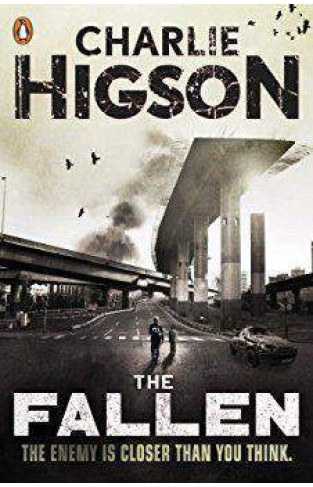 The Holloway crew are survivors. They've fought their way across London and made it to the Natural History Museum alive - just. But the fight will never end while the Enemy lives, unless there's another way. . .

The kids at the museum are looking for a cure. All they need are medical supplies. To get them means a journey down unknown roads. Roads where not only crazed, hungry sickos hide in the shadows.

SUDDENLY IT'S NOT SO CLEAR WHO - OR WHAT - THEY'RE FIGHTING.

The fourth terrifying part of Charlie Higson's bestselling Enemy series. The Enemy is among us. . .

** 2013 is the year of zombies, with Brad Pitt's World War Z and Nicholas Holt's Warm Bodies films hitting cinemas.
** 'Lord of the Flies with zombies' - Rick Riordan, creator of the Percy Jackson series.
** Charlie Higson is the bestselling author of Young Bond, and creator of The Fast Show.
** Perfect for bloodthirsty fans of 28 Days Later and Darren Shan's Zom-B series.