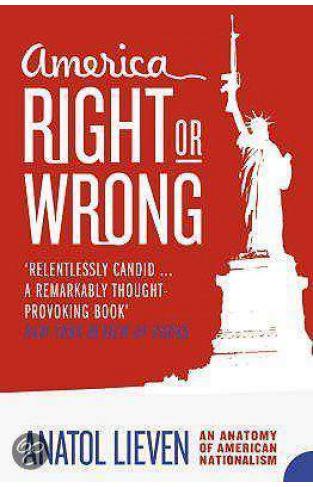 A controversial and timely exploration of the dark side of American idealism – and its potentially dangerous consequences for the world.

In this thoughtful critique of America’s role in the world, Lieven contends that U.S. foreign policy since 9/11 has been shaped by the special character of its national identity, which embraces two contradictory features. The first, a civic nationalism or ‘creed’ which espouses liberty and democracy, sometimes irrespective of the needs and desires of others. The other feature, Jacksonian nationalism, has its roots in the defensive White America, and is fed by a profound pessimism and a sense of personal, social, religious, and sectional defeat. Lieven examines how these two opposing impulses have played out in recent US policy and suggests that, in the Middle East in particular, the uneasy combination of policies has gravely undermined U.S. credibility and complicated the war against terrorism.

It has never been more vital that we examine the way in which America thinks about itself. Drawing comparisons with earlier European models, he offers powerful insights into alarming elements of the American psyche and their disturbing implications for the coming century. This hard-hitting study directs a spotlight on the American political soul and on the curious mixture of chauvinism and idealism that has been exploited by the Bush administration.