Muhammad: Prophet for Our Time 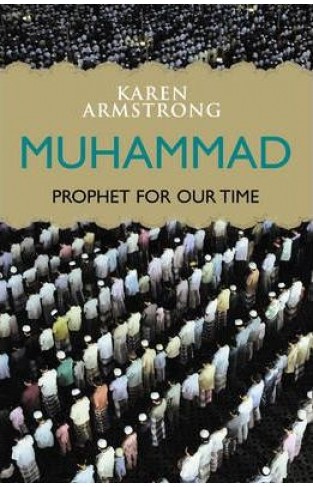 Muhammad: Prophet for Our Time

From the bestselling writer of ‘The History of God’ and the widely acclaimed ‘Islam – A Short History’ comes Karen Armstrong's ‘Muhammad’.

Karen Armstrong has become one of our most important and relevant commentators on religious world affairs today, consistently providing a scholarly but accessible approach to humanity's relationships with God and religion.

To date, there have been very few books written on the Islamic prophet of the religion that is followed by over the 1.2 billion Muslims who make up a fifth of the world's population.

Muhammad's staggering achievements as a human being quite simply altered the course of history as we know it and continue to this day to inspire humanity.

Muslims claim that in 650 AD, at the age of forty, Muhammad had a visitation from the Angel Gabriel telling him that he had been chosen to learn, recite and spread the words of God to man in verses that would later make up the Qu'ran. He slowly developed into a prophet, preaching monotheism to the masses.

He was initially mocked and rejected by many and risked numerous assassination attempts throughout his life. At a critical time, he also made the revolutionary decision to break all ties with his Muslim tribe thereby proclaiming that the bonds of Islam took precedence over anything else. The Islamic empire thus expanded into Palestine, Syria, Mesopotamia, Persia, Egypt, North Africa and Spain.

Karen Armstrong has written a fascinating account of this figure whose life and influence has determined the course of the spiritual life of human kind.