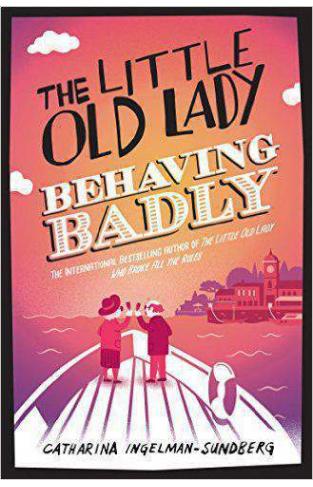 Another hilarious crime caper, charting the misadventures of some devilish blue-rinsed criminals - set against the glamorous backdrop of Saint-Tropez.

From Catharina Ingelman-Sundberg, the author of the smash-hit the Little Old Lady Who Broke All the Rules, comes the third hilarious title in this much-loved series: The Little Old Lady Behaving Badly.
Nothing can stop the League of Pensioners, a wily gang of blue-rinsed rebels. They have a plan and to realize it they are going to need money, lots of money.
Martha and her friends set out to catch some of the biggest financial fish in the sea. In their hunt for the big bucks, the gang plan to cheat billionaires out of their luxury yachts in the south of France's sun-bleached Saint-Tropez.
But with the police hot on their heels, will this group of unassuming conspirators be able to cover their tracks?