A World on Fire: An Epic History of Two Nations Divided 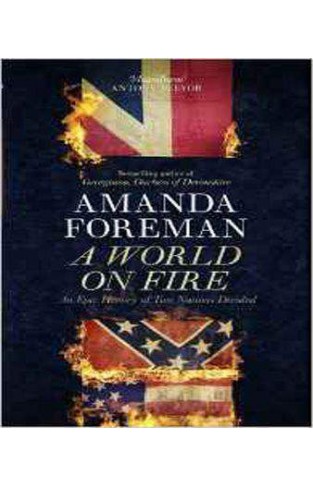 A World on Fire: An Epic History of Two Nations Divided

In "A World on Fire" Amanda Foreman brings her unique style of epic biography to the American Civil War. During the titanic struggle between North and South, both sides demanded Britain's support. British volunteers fought on both sides; British guns and bullets littered the battlefields. The South depended on British-built cruisers to make up its navy, and British blockade runners to supply its armies. This book portrays the extraordinary web of relationships between the two countries through the lives of over a hundred participants - soldiers, mercenaries, politicians, spies, journalists, diplomats, doctors and nurses who, at home or abroad, recorded their experience of the war. It traces the often desperate efforts of men and women to survive, to preserve the ideals and ways of living they believed were right, and even, sometimes, to find love in the worst of circumstances. "A World On Fire" is history told in the round, combining the human intensity of battle with the manoeuvrings of fraught diplomacy. We see the letters of soldiers fighting thousands of miles from their homeland; the passionate dispatches from diplomats and journalists; and the diaries of the brave women who laboured in some cases to save a single life, and in others to protect an entire way of life. This is a new and dramatic account of the first modern war and of Britain's part in it, for good or ill.