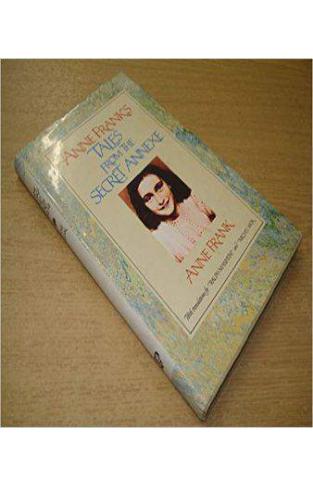 I cant imagine having to live like... all the women who go about their work and are then forgotten. I need to have something besides a husband and children to devote myself to! I dont want to have lived in vain like most people. Anne Frank was just thirteen when her world was turned upside down. With her parents and sister, each wearing the accursed yellow star demanded of all Jews by the Nazis, she left her family home in a suburb of Amsterdam and walked to a hiding place - the Secret Annexe - which had been prepared in her fathers office building. Anne was now without an outlet for her natural exuberance, and the years in the Secret Annexe - which necessitated both discipline and quiet - would have been suffocating but for the fact that she could write. This ability gave her a way to cope with the confinement, to convert her exasperation, her dreams of becoming a famous author, and her fear of what might happen, into something creative.

Annes diary has touched hearts all over the world, with nearly 40 million copies published in 70 languages. Restored to the original order in which Anne herself wrote them in her notebook, Tales from the Secret Annexe is a collection of Anne Franks lesser-known writings: short stories, fables, personal reminiscences, and an unfinished novel, Cadys Life. In these Tales the reader can observe Annes writing prowess grow from that of a young girls into the observations of a perceptive, edgy, witty and compassionate young woman.