Matters Of Discretion: An Autobiography 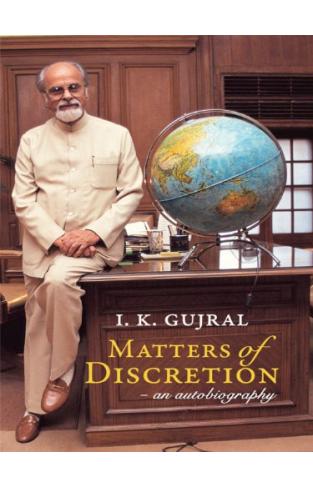 Matters Of Discretion: An Autobiography

By: I K Gujral

An absorbing, authentic and definitive account, by a former prime minister, of crucial events that had a significant impact on the nation's destiny after independence. I K Gujral has penned his life story in a forthright and candid manner. He entered the political fray as a freedom fighter in the British era, and after the tumultuous events that rocked the Indian subcontinent in the wake of the partition in August 1947, crossed over from Pakistan to India, where he had to begin life from scratch. Despite facing tremendous odds, on the basis of his perseverance, resilience and never-say-die attitude, Gujral's achievements allowed him to witness and shape India's contemporary history. Gujral joined Congress Party and was first elected to the Rajya Sabha in 1964. He was the Information and Broadcasting Minister when emergency was imposed, which entailed arbitrary press censorship.