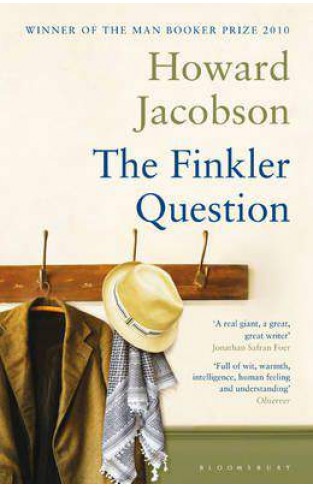 The Finkler Question, published in the year 2010, is a Man Booker Prize winner. The story is based in London and revolves around three friends. Julian Treslove was a BBC producer and now works as a celebrity lookalike. He is a die-hard romantic and has had a string of girlfriends. His childhood buddy Sam Finkler is a philosopher and TV personality. Though Finkler is himself a Jew, he is anti-Israeli and is a part of a group known as Ashamed. The two of them lead very different lives, but have always kept in touch with each other. They have also not lost contact with their old teacher, a Czech named Libor Sevcik. Sevcik and Finkler have lost their wives recently and are both widowers. Treslove, with no romantic life to speak of, joins the two at the teacher’s fancy apartment in central London. The three of them spend the entire evening thinking about bittersweet memories. They speak about love and what they have lost. They discuss their life as it was before they became fathers and how beautiful everything was before the deaths of their loved ones. Finkler and Sevcik also say that they would have preferred a life without any happiness, as then they would have had less to lose. Though Treslove himself has not lost a dear one, he still has tears in his eyes after listening to the stories of his friends. That night, Treslove starts to walk back home at around 11.30 pm. He stops to take a look through the window of the oldest violin dealer’s shop in the country. In that moment, a woman passes by and mugs him. He thinks that she called him a Jew. Treslove is completely shaken by this incident and it leads him to take a decision that could change his life for ever. The Finkler Question blends together love, humanity, loss, wit, and wisdom. It also sends out a subtle message about how the Jewish community should strive for the true Jewish philosophy of hope and positivity.