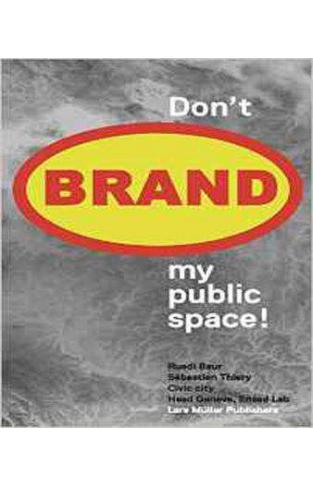 Please Don't Brand My Public Space is a critical investigation of the visual strategies employed to identify and brand political territories. Isn't it about time to look at their often banal images as part of a crisis of political representation? In the context of a revival of xenophobic propaganda on the one hand and the degradation of places into pure marketing products on the other, it is possible to recognize an increasingly theatrical, unquestioned production of public signs and symbols. Essays on the theme by political scientists, designers, and sociologists make reference to the three visual essays that are at the heart of the book: 'The Noticeable Absence of a Flag of the Earth' by Ruedi Baur, 'Depictions of Federalism and Nationalism: Comparing the Former Yugoslavia, Switzerland, and Belgium' by Irena Bockaj, and 'European Capitals in Competition' by Maria Roskowska. The publication is released in collaboration with Civic City (HEAD Geneve) and the research program 'Ecrire la ville' (Ensadlab, Paris).