The Unravelling: High Hopes and Missed Opportunities in Iraq 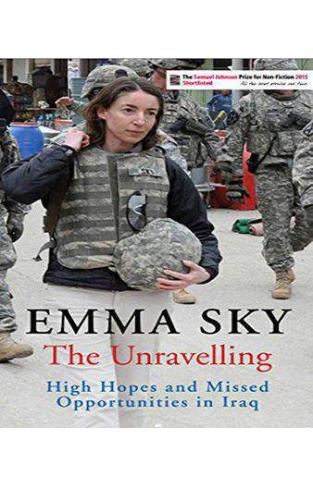 The Unravelling: High Hopes and Missed Opportunities in Iraq

Publication Date:
May, 05 2016
Binding:
Paper Back
Availability :
In Stock

Emma Sky was working for the British Council during the invasion of Iraq, when the ad went around calling for volunteers. Appalled at what she saw as a wrongful war, she signed up, expecting to be gone for months. Instead, her time in Iraq spanned a decade, and became a personal odyssey so unlikely that it could be a work of fiction. Quickly made civilian representative of the CPA in Kirkuk, and then political advisor to General Odierno, Sky became valued for her outspoken voice and the unique perspective she offered as an outsider.

In her intimate, clear-eyed memoir of her time in Iraq, a young British woman among the men of the US military, Emma Sky provides a vivid portrait of this most controversial of interventions, exploring how and why the Iraq project failed.