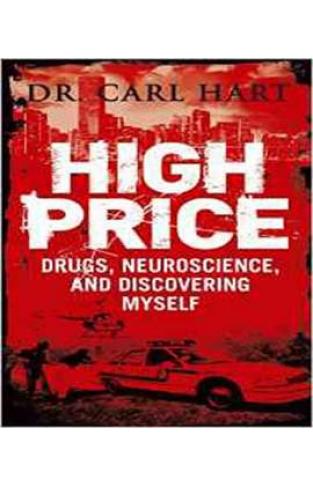 As a youth, Carl Hart didn't see the value of school, studying just enough to keep him on the basketball team. At the same time, he was immersed in street life, dealing drugs and committing petty larceny. Today, he is a cutting-edge neuroscientist whose landmark, controversial research is redefining our understanding of addiction.

In this provocative and eye-opening memoir, he recalls his journey of self-discovery, how he escaped a life of crime and drugs and avoided becoming one of the crack addicts he now studies. Interweaving past and present, Hart goes beyond the hype as he examines the relationship between drugs and pleasure, choice, and motivation, both in the brain and in society. His findings shed new light on common ideas about race, poverty, and drugs and explain why current policies are failing. But while Hart escaped the ghetto, he has not turned his back on it. Determined to make a difference, he tirelessly applies his science to help save real lives. But balancing his former street life with his achievements today has not been easy-a struggle he reflects on publicly for the first time.

Homocide (the inspiration for The Wire) meets Oliver Sacks' The Man Who Mistook His Wife for A Hat, this book applies neuroscience to crime, addiction and the most urgent and destructive issues of our times.

Carl Hart is an Associate Professor in the Departments of Psychology and Psychiatry at Columbia University. He is also a Research Scientist in the Division of Substance Abuse at the New York State Psychiatric Institute. He and his work are featured in Eugene Jarecki's acclaimed documentary The House I Live In. The film examines the war on drugs and highlights some of the research that Hart includes in High Price. He lives in New York City.