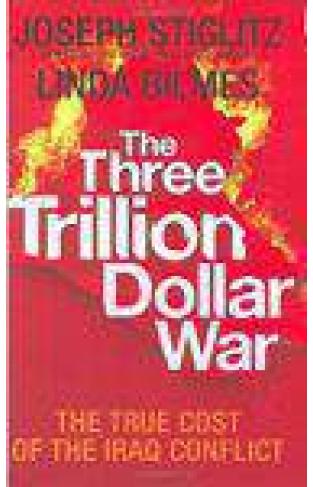 THE THREE TRILLION DOLLAR WAR will be a devastating reckoning of the true cost of the Iraq war - quite apart from its tragic human toll - which the Bush administration has estimated at $50 billion, but which Stiglitz and Bilmes will show underestimates the real figure by approximately six times. The authors expose the gigantic expenses which have so far not been officially accounted for, including not only big ticket items like replacing military equipment (being used up at six times the peacetime rate) but also the cost of caring for thousands of wounded veterans - for the rest of their lives. Shifting to a global perspective, the authors investigate the cost in lives and damage within Iraq and the Middle East generally. With chilling precision, they calculate what the money spent on the war would have produced had it been further invested in the growth of the economy, in the US and around the world, and in infrastructure building. Stiglitz and Bilmes write in simple language, which makes the details they present, and the sums they add up, all the more disturbing. This book will change forever the way we think about the Iraq war - and about the cost of war generally.