The Worst Girlfriend in the World 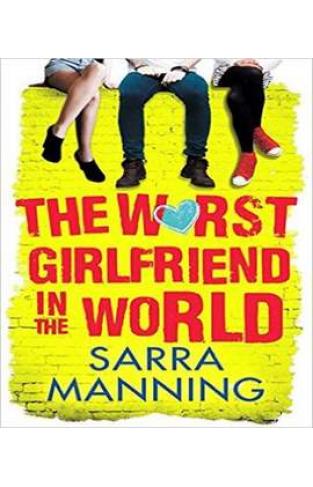 The Worst Girlfriend in the World

Alice Jenkins is the worst girlfriend in the world according to the many, many boys who've shimmied up lampposts and shoplifted from New Look to impress her, only to be dumped when she gets bored of them. Alice has a very low boredom threshold.

But she never gets bored with Franny, her best friend since they met at nursery school. Friends are for ever. Ain't nothing going to come between them. Girls rule, boys drool is their motto. Well, it's Alice's motto, Franny doesn't have much time for boys; they're all totes immature and only interested in one thing.

But then there's Louis Allen, lead singer of Thee Desperadoes, the best band in Merrycliffe-on-sea (though that could be because they're the only band in Merrycliffe-on-sea). He's a tousle-haired, skinny-jeaned, sultry-eyed manchild, the closest thing that Franny's ever seen to the hipsters that she's read about on the internet and she's been crushing on him HARD for the last three years.

She's never worked up the courage to actually speak to him but she's sure on some deeper level that goes beyond mere words, Louis absolutely knows that she's his soulmate. He just doesn'tknow that he knows it yet. It's why he cops off with so many other girls.

So, when Alice, bored with callow youths, sets her sights on Louis it threatens to tear the girls' friendship apart, even though they're better than fighting over a boy.

They strike a devil's deal - may the best girl win. Best friends become bitter rivals and everything comes to an explosive conclusion on their first trip to London.

Can true friendship conquer all?