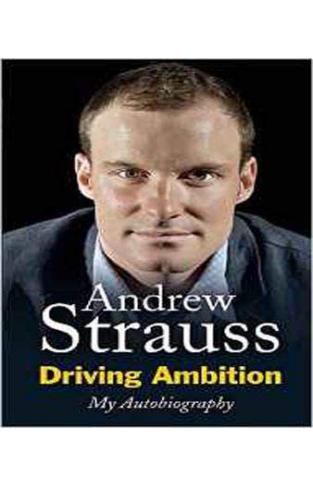 Publication Date:
Oct, 02 2014
Binding:
Paper Back
Availability :
Out of Stock

Andrew Strauss, one of the most successful and respected England cricket captains of the modern era, announced his retirement from professional cricket at the end of 2012. In DRIVING AMBITION he gives a candid account of the highs and lows of his remarkable career for Middlesex and England.

An outstanding opening batsman and natural leader, Andrew Strauss captained his country in 50 of his 100 Tests. During his time in charge, England emerged from a turbulent and controversial period to become the world's top team.

This is an honest and entertaining story of a quiet, modest but fiercely ambitious man who became a magnificent man-manager, leading England to victory in the 2009 Ashes series and again in Australia the following year. Strauss is a fine raconteur and this revealing autobiography will appeal to all those who love cricket.