Subhas and Sarat: An Intimate Memoir of the Bose Brothers 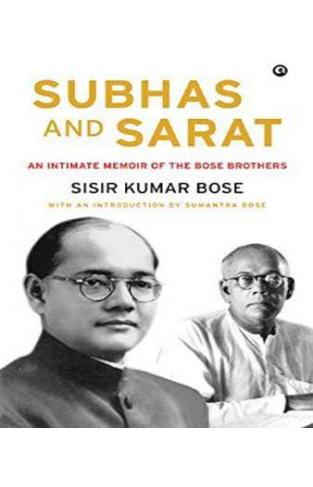 Subhas and Sarat: An Intimate Memoir of the Bose Brothers

Publication Date:
May, 01 2016
Binding:
Hard Back
Availability :
In Stock

Subhas and Sarat is a closely observed portrait of the Bose family of Bengal—especially its two most famous members, Netaji Subhas Chandra Bose and his older brother, Sarat Chandra Bose—and their role in India’s freedom struggle.The author, Sisir Kumar Bose (1920–2000)—Netaji’s nephew, and the son of Sarat Chandra Bose—focuses especially on the period spanning the mid-1920s to the turbulent 1940s when the freedom movement was at its peak. We are offered unprecedented insights into the participation of Subhas and Sarat in the politics of the time. From being a careful observer of the events taking place around him, the author becomes a participant in Netaji’s great escape from the colonial authorities, when he drives his uncle, under cover of darkness, from Calcutta to the Gomoh railhead in Bihar, from where Netaji travels to Kabul—and goes on to become the Supreme Commander of the Indian National Army.Illustrated with rare photographs and documents, this lucidly written memoir is both the most original account of the public and private lives of Subhas and Sarat Bose and an enthralling narrative of India’s journey to independence.