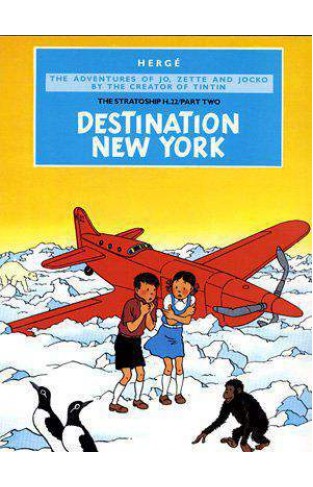 Jo and Zette fly it out of its hangar and unable to return they crash land near to the North Pole. There they face a race against time to return the plane to home and win the trans-Atlantic challenge. But they haven't counted on the efforts of the Stockrise brothers to scupper their plans. The Adventures of Jo, Zette and Jocko was created by Herge in the same comic book style as his most iconic character, Tintin, whose place amongst the classic children's characters still helps to sell over 100,000 copies every year in the UK, with an estimated 230 million sold worldwide since Herge first put pen to paper on him. Tintin was adapted for the silver screen by Steven Spielberg and Peter Jackson in 2011.