Not Quite Cricket: The Xplosive Story of How Bookmakers Influence the Game Today 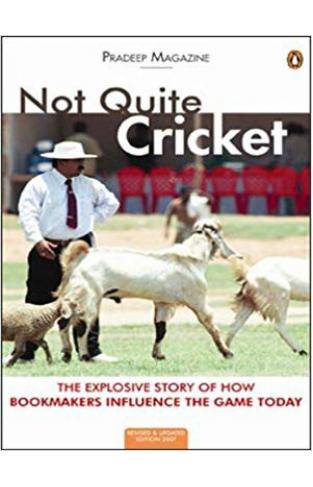 Not Quite Cricket: The Xplosive Story of How Bookmakers Influence the Game Today

On 17 March 2007, the much-fancied Pakistan team crashed out of the cricket World Cup after a surprise defeat to minnows Ireland. Even as disappointed fans reacted with anger and dismay, rumor mills began working overtime, insinuating the involvement of bookmakers in the unexpected result, and hinting at match-fixing. Speculation reached a fever pitch when, the day after, Pakistan Coach Bob Woolmer was found murdered in his hotel room. Sources alleged that the hand of the sub continental betting mafia was behind the attack on Woolmer, and pointed to the billions of dollars that may be at stake when a match is ‘thrown’.