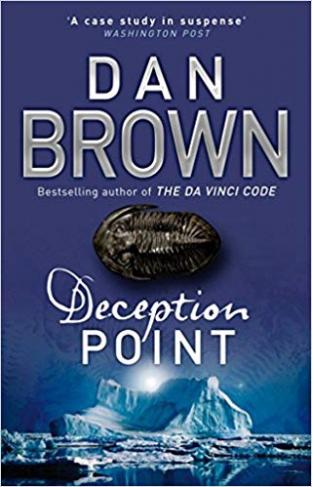 Publication Date:
Aug, 28 2009
Binding:
Paper Back
Availability :
Out of Stock

When a NASA satellite discovers an astonishingly rare object buried deep in the Arctic ice, the floundering space agency proclaims a much-needed triumph -- a triumph with profound implications both for NASA policy and for the impending presidential election. To verify the find, the White House calls upon the skills of intelligence analyst Rachel Sexton. Accompanied by a team of experts, including the charismatic scholar Michael Tolland, Rachel travels to the Arctic and uncovers the unthinkable: evidence of scientific trickery on a scale which threatens to plunge the world into controversy. But before she can warn the President, Rachel and Michael are ambushed by a deadly team of assassins. Fleeing for their lives across a desolate and lethal landscape, their only hope for survival is to discover who is behind this masterful plot. The truth, they will learn, is the most shocking deception of all.