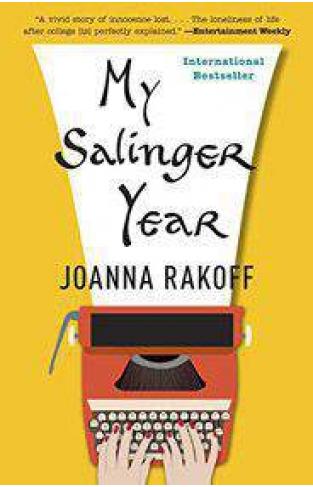 Publication Date:
May, 12 2015
Binding:
Paper Back
Availability :
In Stock

Keenly observed and irresistibly funny, "My Salinger Year "is a memoir about literary New York in the late nineties, a pre-digital world on the cusp of vanishing. After leaving graduate school to pursue her dream of becoming a poet, Joanna Rakoff takes a job as assistant to the storied literary agent for J. D. Salinger. Precariously balanced between poverty and glamour, she spends her days in a plush, wood-paneled office where Dictaphones and typewriters still reign and agents doze after three-martini lunches and then goes home to her threadbare Brooklyn apartment and her socialist boyfriend. Rakoff is tasked with processing Salinger s voluminous fan mail, but as she reads the heart-wrenching letters from around the world, she becomes reluctant to send the agency s form response and impulsively begins writing back. The results are both humorous and moving, as Rakoff, while acting as the great writer s voice, begins to discover her own.