Of Colour & Form: The Art & Architecture of M A Ahed 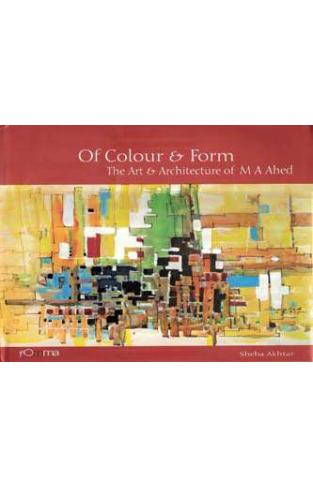 Of Colour & Form: The Art & Architecture of M A Ahed

He co-founded the Institute of Architects in Pakistan (IAP) in 1957 and, in 1958, the Government School of Architecture (later to become of Architecture department of the Dawood College of Engineering and Technology) in Karachi; he headed t he Government School of Architecture as Principal for six years. In 1964, M A Ahed established his private practice, Ahed Associates, in Karachi. The most prestigious project of his architectural career is the State Bank of Pakistan building in Islamabad, completed in 1970,. He served as an international Jury Member for the Design Competition for the Regentâ€TMs Park Mosque and Islamic Centre in London. The same year, M A Ahed was awarded the Sitara-e- Khidmat by the President of Pakistan for his meritorious service to the nation,. He remained Founding and Advising Partner of Ahed Associates until his death in November 2001.