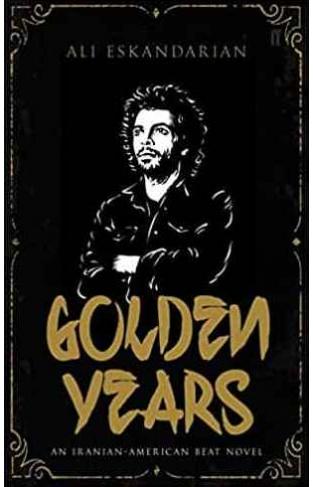 In November 2013, in Williamsburg, Brooklyn, Ali Eskandarian was murdered alongside two members of the Iranian band, The Yellow Dogs. In the months leading up to this terrible event, Ali had been in correspondence with a friend and Dutch publisher, Oscar van Gelderen, about his semi-autobiographical novel. Golden Years is that book. Set in the first decade of the 21st century in New York, Teheran and Dallas, Golden Years is a novel perfumed with excess and spirited decadence. It tells the story of a group of Iranian musicians in their twenties and our narrator, in his 30s, who is in thrall to the great American beats and has visions of Ancient Assyrian Futurism. Hungry and poor, high and hopping from bed to bed, and lover to lover, the characters in Golden Years are romantic exiles living with rock n roll as their religion.