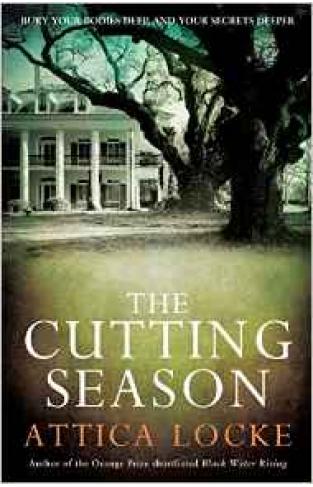 Just after dawn, Caren walks the grounds of Belle Vie, the historic plantation house in Louisiana that she has managed for the past four years. Today she sees nothing unusual, apart from some ground that has been dug up by the fence bordering the sugar cane fields. Assuming an animal has been out after dark, she asks the gardener to tidy it up. Not long afterwards, he calls her to say it's something else. Something terrible. At a distance, Caren missed her. The body, the dirt and the blood. Now she has police on site, an investigation in progress, and a member of staff no one can track down. And Caren keeps uncovering things she will wish she didn't know. As she's drawn into the dead woman's story, she makes shattering discoveries about the plantation's past, its future, and a killer who may be a lot closer than she thinks ... A magnificent, sweeping story of the south, The Cutting Season brings history face-to-face with modern America. Attica Locke once again provides an unblinking commentary on politics, race, the law, family and love, all within a thriller every bit as gripping and tragic as her first novel, Black Water Rising