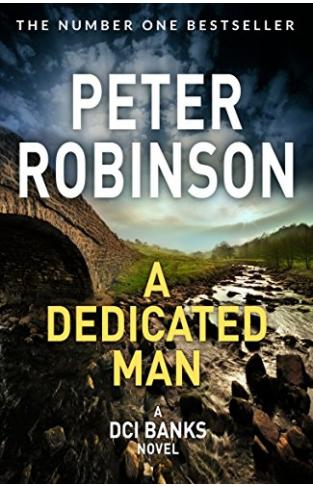 A Dedicated Man is the second novel in Peter Robinson's Inspector Banks series, following on from Gallows View.Near the village of Helmthorpe, Swainsdale, the body of a well-liked local historian is found half-buried under a drystone wall. Harry Steadman has been brutally murdered. But who would want to kill such a thoughtful, dedicated man? Chief Inspector Alan Banks is called in to investigate and soon discovers that disturbing secrets lie behind the apparently bucolic facade. It is clear that young Sally Lumb, locked in her lover's arms on the night of the murder, knows more than she is letting on. And her knowledge could lead to danger . . . The novels of Peter Robinson are chilling, evocative, deeply nuanced works of art' Dennis Lehane Inspector Banks - a man for all seasons, he knows that often the answers to the clues are hidden in his own heart' Michael Connelly If you haven't encountered Chief Inspector Alan Banks before, prepare for a crash course in taut, clean writing and subtle psychology. And watch for those twists - they'll get you every time' Ian Rankin