The Passages Of Herman Melville - 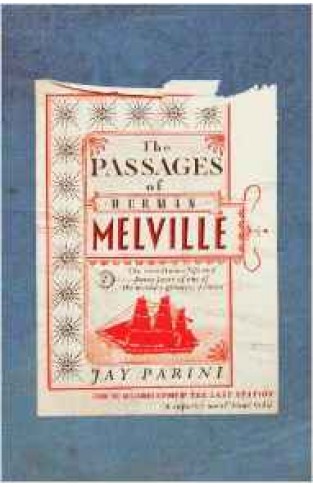 The Passages Of Herman Melville -

'Deep, deep, and still deep and deeper must we go, if we would find out the heart of a man ...' Herman Melville Descend into the dark waters of one of the greatest writers America has ever produced. In this stirring novel Jay Parini recreates the adventure-filled life and ignominious death of Herman Melville. Partly told from the perspective of his wife, Lizzie, the story opens with an aging, angry and drunken Melville wreaking domestic havoc in his unhappy New York home. From there it takes in the full span of a life that produced Moby-Dick and Billy Budd: shipping off to sea on a merchant vessel as an impoverished young aristocrat, a fateful voyage on a whaling ship, desertion in the Marquesas Islands and a sojourn with cannibals, instant fame as a novelist and the disappointments of his twilight years trudging the docks as a Customs Inspector. Along the way Parini navigates the torrid personal relationships and barely suppressed desires that defined Melville's life. Jay Parini creates a Melville who is at once sympathetic and maddening. His novel pays tributes to the great works of the nineteenth century, and delivers a gripping historical drama.